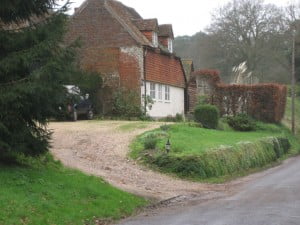 Step Cottage was formerly known as Norley Farm Cottages. It was built about 1600 as a two-bay cottage of two storeys, with the chimney occupying the whole of the smaller bay with space for the stairs up. A further parallel range was added behind in the 18th century with its own inglenook hearth. An end entrance beside this hearth led to the well.

Inside, the old house had only one room downstairs, with a roof over it, and probably the stair by the hearth, in a cupboard. A central opening in the back wall may indicate that there had been a lean-to behind, which was later built up into two storeys. The hearth room has had the floor lowered, and a way cut through into the house behind.

The front shows clearly the blocked entrance into the back of the hearth room where a window now fills the space. The entrance is now by the end of the parallel house at the back, next to its chimney stack. A modern lean-to behind the chimney forms the entrance hall. This chimney has a fine stone backing in which each stone has been shaped to brick size. This back house was a separate cottage, built as such and using the old cottage wall for support.

The DBRG suggests that the house was not built before 1600 because there is no trace of a pre-brick hearth or of any jowls to the corner posts.

With acknowledgements to the Domestic Buildings Research Group, whose report, old photos and sketches are below. 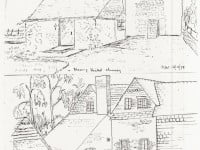 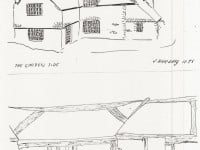 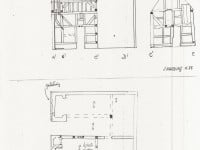 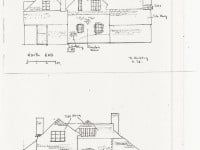 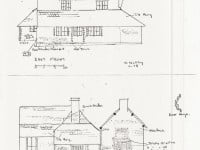 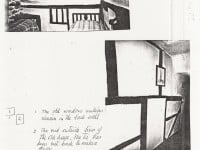 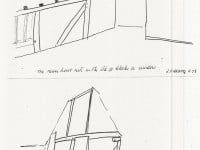 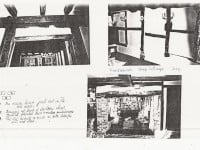 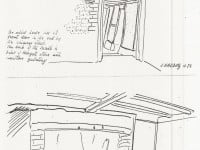 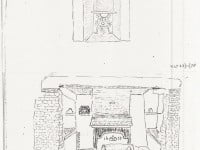 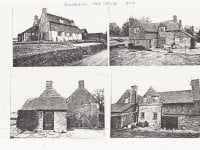