The Pump House, The Street 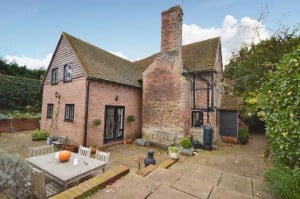 Pump House is a half-timbered Grade II listed cottage, said to have been a barn built about 1514, with the cottage built onto the barn in the 16th – early 17th century. It was probably built around a farmyard and was a granary. It is said to be the oldest building in Shackleford. The construction is typically Tudor.

It is called the Pump House because of its deep well from which the villagers fetched their water.

In the 1800s it was owned by Sir Edgar Horne and used as a laundry, which accounts for the listed timber outbuildings and washhouse with chimney and and double privies.

The cottage is pictured in the book “Old West Surrey,” the photographs being taken by Gertrude Jekyll in her early days as a photographer. It was entitled “old cottage in Shackleford” and according to Sally Fesking in her book “Gertrude Jekyll,” she was intrigued by the stones laid to form a gutter-steep at the cottage entrance. 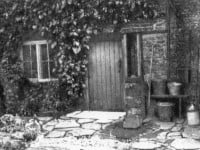 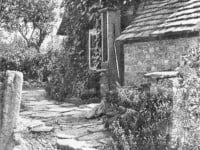 The outside of the cottage has changed very little over the centuries. Inside, some of the old oak beams bear the carpenters’ marks in Roman numerals. There is a Georgian bread oven in the main room downstairs. The cellar under the barn part of the cottage has its original tiled floor and could have been a dairy.

The Pump House was occupied for 20 years by Robert and Daphne Montgomery. 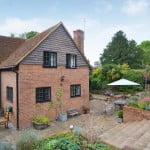 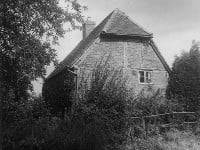 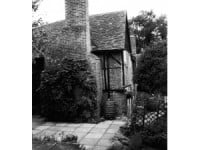 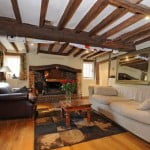