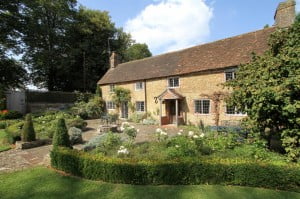 It is believed that the building dates from about 1500, possibly originating as two or three small cottages. It was originally called ‘Cyder By’, for the obvious reason that it is next to the Cyder House.

The garden was considerably improved in the late nineties and is sometimes open to the public in aid of chariity.