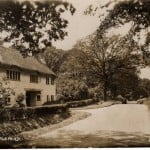 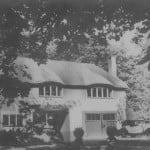 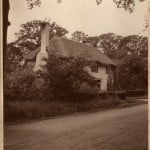 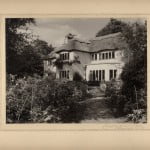 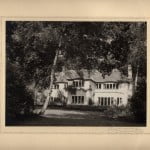 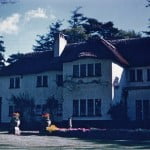 Mr Stanley-Evans bought the land from Lord Midleton as woodland and built Fidlers Hall in 1928 as a week-end and holiday home, enlarging it in 1945.

The locals asked him not to change the name as it had been known as Fiddlers’ Hall since time immemorial. The story went that there had been a building there in the middle ages which was used as a doss house by wandering fiddlers who spent a night or two there on their travels and exchanged tunes and stories. Although no hard evidence for this story has turned up there is a very old well in the garden which might usefully be dated by an interested owner.

Peter Stanley-Evans, the son, sold the house soon after the war in order to invest in what had been a chrysanthemum nursery, begun in 1945, but was by then a mushroom farm.