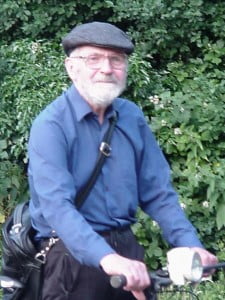 Freddy Hill, who died on 11th February 2005, aged 73, was born in Eastbourne, Sussex, on 9th February 1932. His fatter was headmaster of Aldro, which was shortly to be evacuated to Hall Place in Shackleford, and it was here that Freddy put down his childhood roots. Apart from brief spells at Eastbourne College and National Service, this was to be his home for over 45 years.

Freddy was exceptionally shy as a child, but it was soon cleat that he had special gifts. His passion for clocks and things mechanical took him to London to train as a clockmaker, a profession which he carried on both in Shackleford and in Godalming. But he also found great joy in being involved with the family school. There was a Hill headmaster of Aldro for over 60 years; F.E. Hill, Freddy’s father, served from 1923 until his death in 1962, and Crispin, Freddy’s elder brother, served from 1962 until his retirement in 1984. Freddy taught carpentry and music and was affectionately known as ‘Mr. Freddy’. 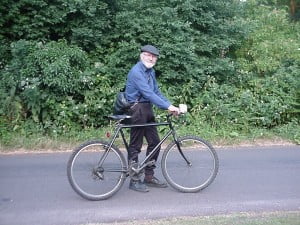 Freddy had a collection of clocks, musical instruments and barrel organs of national importance, which he was to bequeath to the Royal College of Music. He sang in the choir and played the flute at the Parish Church, played his barrel organs at local events, including the village fete, and opened his collection to the public on Heritage Days. Here and elsewhere in Freddy’s work there were strong resonances with his famous ancestor Octavia Hill, the 19th century social reformer and co-founder of the National Trust. Freddy was a founder member of the Musical Box Society and was admitted to the Freedom of the Company of Watchmakers in 2002.

He was a unique man, highly knowledgeable in many fields and a skilled craftsman. If ‘old fashioned’ means to have integrity, kindness, a sense of responsibility, a contentment with simplicity, a capacity for hard work and a firm Christian faith, then Freddy was old-fashioned – and proud of it.