The site of this once thriving local industry is now a housing estate, but before that it was a chrysanthemum nursery, on land bought from Mr Roker whose eponymous house is nearby. The business ran successfully for about 60 years, supplying ‘large flats’ to supermarkets like Tesco. By the 1990s they were employing mostly foreign labourers, busing them in from as far away as Slough, so it is ironic that the closure came about mainly as the result of cheaper imports driven by even cheaper labour costs in Poland. The last delivery of mushrooms from the farm took place on February 23rd 2008. 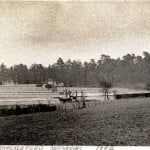 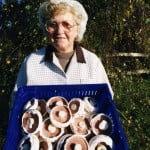 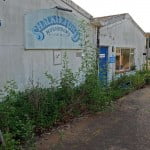 There is a video here and a webpage of photos of the site a year or so after closing.