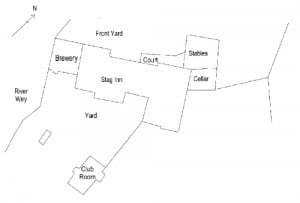 Lascelles, Tickner & Co Ltd of Guildford acquired the property ‘Stag Inn’ in March 1894. However, its deeds show that it existed in 1771 when it was conveyed from William Gill of Eashing, Esq. to John Sharp also of Eashing, Gentleman, for £150. He retained it until his death. In his will of 21st January 1792 John Sharp bequeathed it to his widow Elizabeth. She and her two sons, John Sharp Jr., a mealman of Send near Woking and James Sharp of Southwark, mealman, sold the property to John Smith of Eashing, another mealman, for £200. 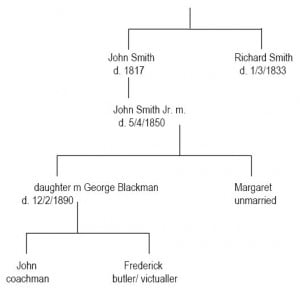 This left John Smith Jr. sole owner of the property until 1849. He had two daughters, the eldest was married to George Blackman, and the second daughter Margaret remained single.