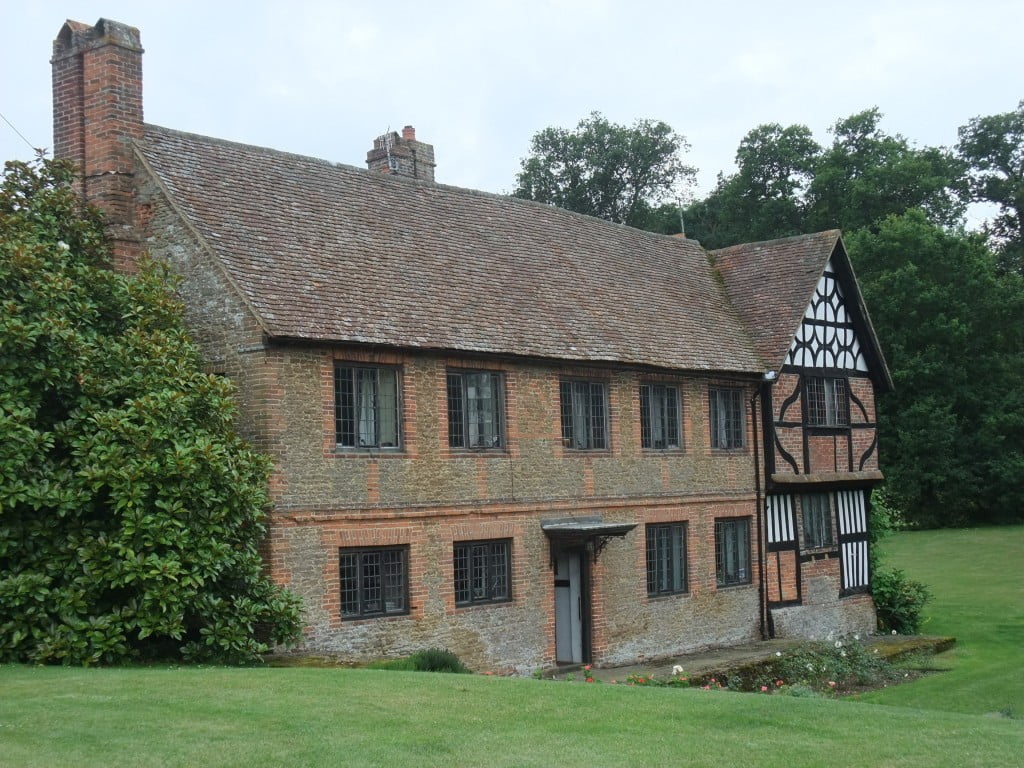 This bargate stone house with brick quoins, brick decorations and a back chimney is set beside a fine timber-framed jettied parlour wing of the late sixteenth century. This wing has close studding and a decorative apex. There are traces of oriel windows. Roofs of both parts have clasped purlins and curved wind braces. Some massive earlier timbers are incorporated in the house. The stone house is of the early seventeenth century.

Jordans stands high above the hollowed out road which leads down to the river crossing. The house faces north-west. It is a dignified building of golden stone with brick quoins and brick strapping. Casement windows are set regularily and there is an entrance into a cross passage. On the south-west end is an earlier timber-framed jettied wing, with close studding to the ground floor, mortices for an oriel window originally and decorative framing to the first floor and in the apex. This wing is set on a stone cill and has a fine exterior stack with two diamond chimneys. The back of the chimney is partly in stone and brick set in English bonding. The back of this wing was later clad in brick which extends round the side on the ground floor as far as the chimney. This is in Flmish bonding. On the inner side of the wing may be traces of a garderobe. 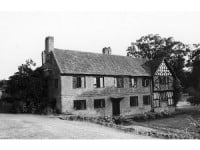 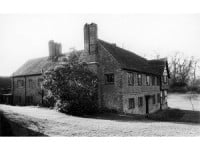 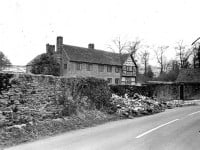 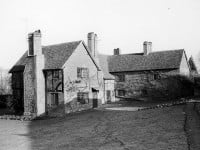 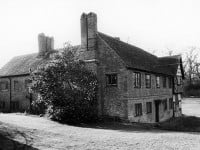 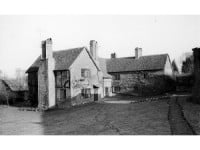 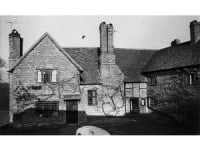 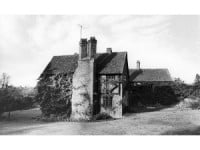 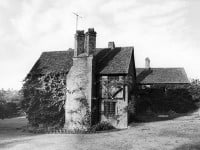 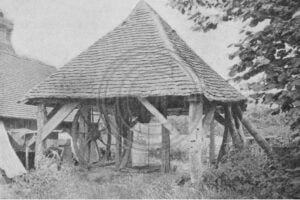 Although the well still exists, the superstructure does not. I think had gone before 1960.